So I’ve not posted in over a month. Oops. Well things have been pretty hectic so I’ve not had as much time as I’d like to write or anything. I’ll be making more of an effort to write during April as I’ll be writing short-stories for Camp NaNo. I’ve set a goal of 20,000 just to get me going writing again. For the project I’ll be working on a series of short stories that will be based around “Woodland Stairs”. I’m hoping it’ll all work out ok.

I’m also stopping Short Story Saturdays. Like they haven’t all ready stopped. I want to focus on bigger projects soon and I find them to be a little bit counter productive to that because they’re so bitty.

I’ll try to update more in April but until then I have Camp planning to do.

Sorry but no image this week.

END_OF_DOCUMENT_TOKEN_TO_BE_REPLACED 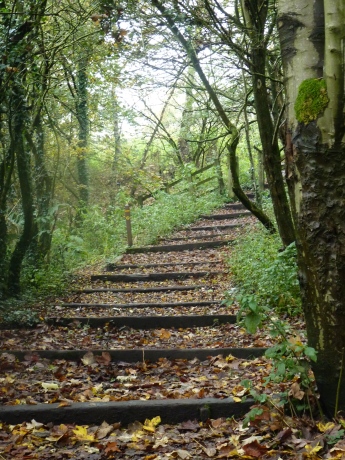 END_OF_DOCUMENT_TOKEN_TO_BE_REPLACED

I feel incredibly weak today. I can’t even lift my cat up because it hurts my arms to much. But I’m able to be so much more productive because of it. All I need to move to type are my hands. My arms can rest quite comfortably on my laptop and so I’m loath to move.

This has lead to a very productive afternoon of writing for me. Most of it is poetry. Which I generally try to keep to myself. Too much of me goes into my poems for me to share them with others. However, I’ve written a lovely short story as well this evening. Once it’s been edited it’ll be added to the list for Short Story Saturdays.

I’ve also started to consider doing a 10 day challenge from February the first. I’ll be coming up with my own because I’ve not actually found one online that I’d be happy doing. It’s more about making me write consistently anyway. I’ll post the days when I’ve decided on them.

Until then Happy Reading,

So I’ve written and scrapped two posts before coming to write this one. I wasn’t sure I was adequately conveying the points I wanted to convey. One was about motivation, the other about view points. This one started out as being about idea searching. But I’ve noticed with everything I wanted to write it all comes down to the changes in me and how I’ve grown.

Legally, I’m an adult, yet most days I still don’t feel like it. I love watching films meant for children. I still share my bed with cuddly toys. I believe in fairies. I think people saying “do do” is hilarious. In short, I neither act nor feel grown up. And yet I have.

So we’ll start with motivation. It used to be that if I couldn’t do something straight away, I’d really depress myself believing that I was never going to manage it. I’d give up before I’d ever really tried. Today, I got given a new training program at the gym. I can’t do it. I have no strength in my arms and they kept giving out. But in 8 weeks when I have my review, I’ll be able to do it. I’ll keep going every week and I’ll get there. I should even be able to exceed it. I’m willing to put the effort in for it. It’s the same with a lot of things now. I’m not reading through pieces of writing thinking “Why do I bother? It’s terrible and I should just stop.” but am instead looking for the areas to improve and moving forward so the next time I write something it’s less terrible. I’ve realised that it takes time and baby steps to do anything well. So I’ve grown up here. I grown enough to motivate myself to things, even if I might not want to (cause seriously, who wants to go to the gym and embarrass themselves with barely lifting a 5kg barbell). I’ve grown up and it’s wonderful.

The second is about changing view points. I suppose to a degree it links in with the motivation. My more personal and emotional writings are now predominantly optimistic where they used to be pessimistic. It links into the motivation because now I’m not giving up I’m finding more successes (though they are mostly minor ones). Obviously this will make me happier and more optimistic about what I can do in future. I’m not letting small failures keep me down in some big pit of misery and failure. I’m climbing out of that pit as quickly as possible and surveying the area around me to try and find a path forward that doesn’t lead to another one (though I just repeat the process if it does now). I’ve grown up and it’s fantastic.

On to the third point then. Seeking out ideas. I used to be one of those writers who would just write on a whim and then write nothing for months on end because the well of ideas in my head had dried up. I failed to realise that it dried up because I fed it nothing new. I hit a wall and stopped waiting for a ladder to magically appear before me. Now I go seek out and build ladders in whatever form I can. They can be prompts or pictures. Earlier I got a random name generated and wrote a short story based on that because whilst I knew that I wanted to write tonight, I had no idea what to write. There are so many ideas out there if you’re willing to look for them, and I’m so happy that I now am. I’ve grown up and it’s actually a brilliant feeling.

Final points then; The key to motivation is smaller goals that build steps up to that daunting big one. The key to optimism is motivation. The key to overcoming barriers is seeking out ladders.

Sorry for the very long me-centric post, I just felt I had to get those thoughts out there.

P.S. Is there any way you’ve noticed you’ve grown up? 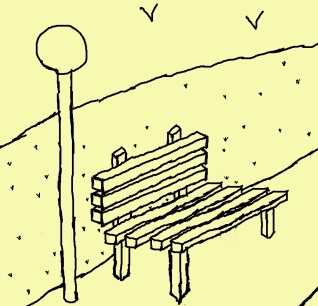 END_OF_DOCUMENT_TOKEN_TO_BE_REPLACED

I know I put this in my update post on Thursday but I’m trying to separate things out properly so I’m not clogging up a feature tag with updates. So this is the official announcement. In 1hr (if the scheduling works) Short Story Saturdays will begin!

The aim of SSSs is to tell a story between 500-1500 words. I’ll try and list the themes of the story as well as what inspired it (be it prompt, or picture, or anything else), and include a few notes about why I wrote that story.

The first one will be an expansion on a previously posted piece that I’ve planned to expand on for a few months and finally got around to. Hope you all enjoy it! Feel free to comment with any feedback, or ideas for future stories you’d like to see.

So I’ve had a busy start to the year which is why there’s been nothing from me for 21 days, BUT, I have free time now so I’m going to start doing a Short Story Saturday thing. So I’ll post a story that’s 500-1000ish words every Saturday. Whilst the first few are going to be just getting me back into the habit of writing (so it’s what I feel like writing), I’m eventually going to start looking at focusing on specific themes or exploring different ways to inspire writing (such as prompts, pictures, music etc.) First one will be this coming Saturday. I have the story written and a first edit done, so I’ll post it Saturday. I’ll also try to be more present on here in general.

So I’m roughly half an hour into the new year and having a lovely time! Hope those of you who have entered into the new year are too and to those of you who haven’t I hope you do. I’m not making any resolutions. I’ve found I seldom keep to them. It’s easier to start mid-year or something for me. I’m curious though. If you are making resolutions, what are they? How do you intend to keep to them? Good luck if you do!

Making resolutions or not, I wish you all a  happy and wonderful new year!

Hope you’ve all enjoyed or will enjoy your day. I know I have. After dieting since July, having a day of throwing it out the window entirely has been fun. And also made me realise I don’t miss being more indulgent with food. It used to be the case that I could eat half a litre of ice cream in one sitting, but now after 3 scoops I feel slightly sick. It can only be a good thing. I have felt so much fitter and also more confident since I began losing weight. But that’s not really my point.

My point today is, I hope you’ve had a day of happiness, love and relaxation with your loved ones and I hope the year that seems to have so quickly past us and the one looming before us is filled with days that are much the same.